OLYMPIA, Wash. – Patrick Kim, of Bellevue, has been added to Insurance Commissioner Mike Kreidler’s insurance fraud most wanted after he failed to appear in King County Superior Court to face three felony charges of theft in the first degree and ten felony charges of theft in the second degree. A nationwide warrant was issued for his arrest and bail was set to $100,050.

If you have information that may lead to his arrest, please contact your local law enforcement agency or contact Kreidler's Criminal Investigations Unit (CIU). 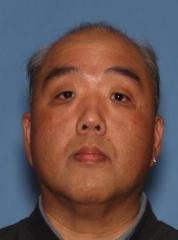 Kim was charged by the King County Prosecutor’s Office after an investigation by CIU. Patrick Kim was formerly an attorney and managing partner at United Law Firm in Bellevue, Washington. His clients were primarily part of the Korean community, and English was not their primary language. Mr. Kim helped negotiate personal injury settlements for his clients with insurance companies, and because the documents were in English, his clients trusted him to explain the settlement documents to them. The investigation alleges that Mr. Kim used his position of trust to divert $1,828,018.09 from the insurance settlements that should have been disbursed to his clients.

CIU investigates insurance fraud and works with the Washington State Patrol and state and local prosecutors on criminal cases. Insurance fraud costs the average family $400 to $700 per year in increased premiums. Insurance companies are required by law to report fraud to the commissioner.